St. Andrew’s Cathedral was dedicated on October 30th, 1892 by Bishop John Lemmens. Reflecting our cultural links to Quebec, St Andrew’s was designed by Montreal church architects Maurice Perrault and Albert Mesnard. The plans are based on those of a parish church in Longueuil, Quebec.

The stained glass windows exemplify a variety of styles typical of the late 19th century. They portray episodes in the life of Christ, as well as various saints, with St. Andrew, the Patron Saint of the Cathedral, on the centre window of the Sanctuary.

In the mid-1980’s, St. Andrew’s Cathedral was restored and renovated to its present. Though there are many changes in the liturgical space, they made every effort was made to respect the Victorian period during which the Cathedral was designed. Restoration architects, Bawlf, Cooper & Associates completed the design work. The decorative panels are designed by Nicholas Bawlf and based on the Book of Kells.

The Cathedral’s altar is of particular significance. It was built by acclaimed West Coast native artist Charles Elliot. The top of the altar is yellow cedar, weighing about 400 pounds, which rests on two traditional native “bent boxes”. Each box has a different picture carved on each of its four sides, representing different events in the life of Christ or stories from Scripture. These altar panels are rotated several times a year, to coincide with the events in the Church’s liturgical year.

The lectern was carved by native artist Roy Henry Vickers. It has a carving of Christ on the front, symbolizing both death and resurrection, the red side being the crucified Christ wearing the crown of thorns and the black side being the risen Christ. A new icon of the Holy Family was formally installed on September 8, 2007. The icon, which is 7 feet high by 5 feet wide, is the largest ever written by iconographer André Prevost of Manitoba, now living in Ladysmith.

The three quatrefoil windows on the east front of the Cathedral (seen above the lower balcony) were designed by local artist Tim Paul. They embody the symbols of the raven and the moon. In West Coast native mythology, the raven is both a messenger and a symbol of the Creator Spirit. The moon illuminates the darkness of the night, reflecting the light of the sun, just as Christians symbolize the Church reflecting the light of Christ to the world.

The pipe organ was built in the province of Quebec by Casavant Freres. St Andrew’s Cathedral is considered to have some of the best acoustics of any building in Western Canada. The Rectory, built next door to the Cathedral in 1907, was the original residence of the Bishop. Over the years it has undergone a number of major renovations. This is in keeping with the ever changing needs of the Church, turning it into a multi-use facility for parishioners, with living quarters for the clergy on the 3rd and 4th floors.

Beneath the sanctuary, there is a crypt located in the basement of the Cathedral. Entombed there are the bodies of Bishop Modeste Demers, the first Bishop of Victoria; Archbishop Charles J. Seghers, second and also fourth Bishop of Victoria, who was murdered in Alaska; as well as Rt. Rev. John J. Jonckau, a former Vicar-General of this Diocese. There are three headstones in honor of these men located on the southeast lawn beside the Cathedral.

St Andrew’s Cathedral Parish ministers to many people from all walks of life, evidenced by the 9 – 10 Club, which is a soup kitchen that feeds breakfast to hundreds of people a day, five days a week. It is through your prayers, your donations, and your support that these ministries are possible. Thank you!

We would like to remind visitors that the Church is first and foremost a place of prayer. We hope that the beauty of the Church will point you to the beauty of God’s creation. You are encouraged, whether Catholic or non-Catholic, to spend some time in prayer. The Lord is always willing to listen; you only need to open your heart to Him. We hope that your short time at our Cathedral is a time that nourishes your soul. 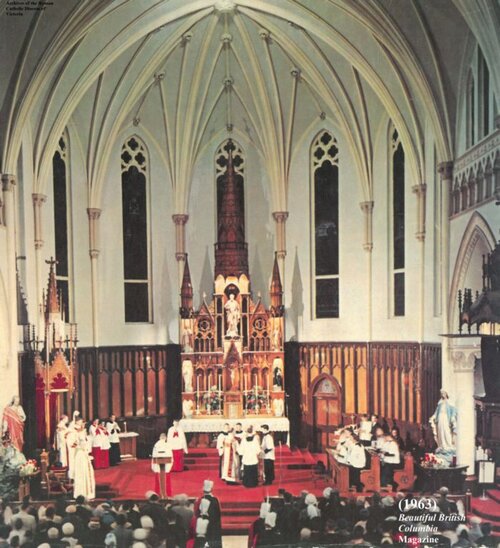 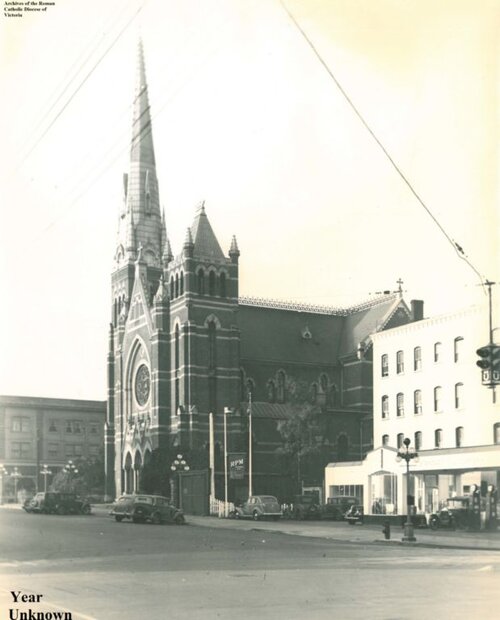 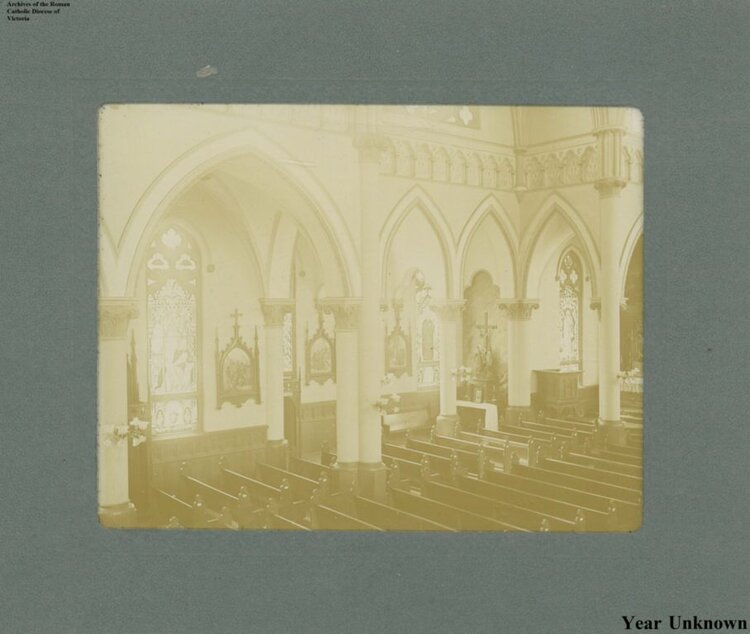 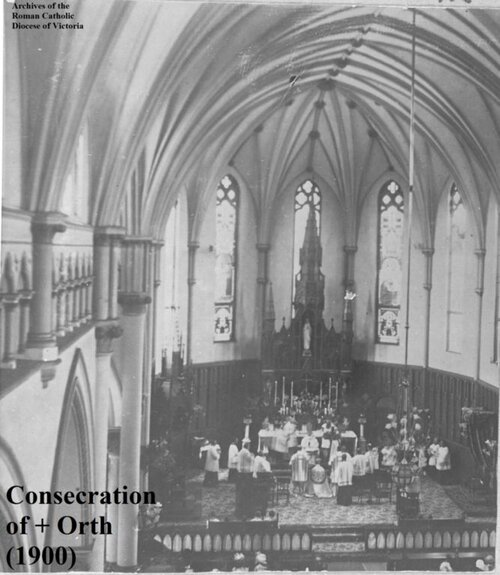 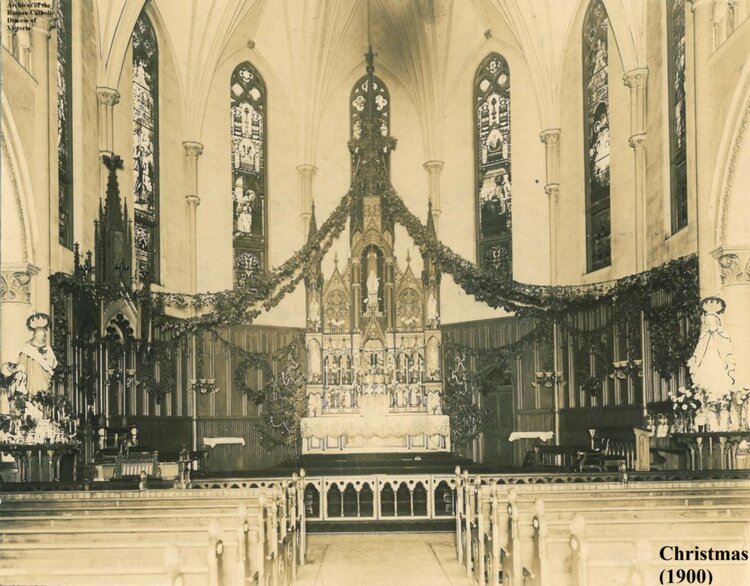 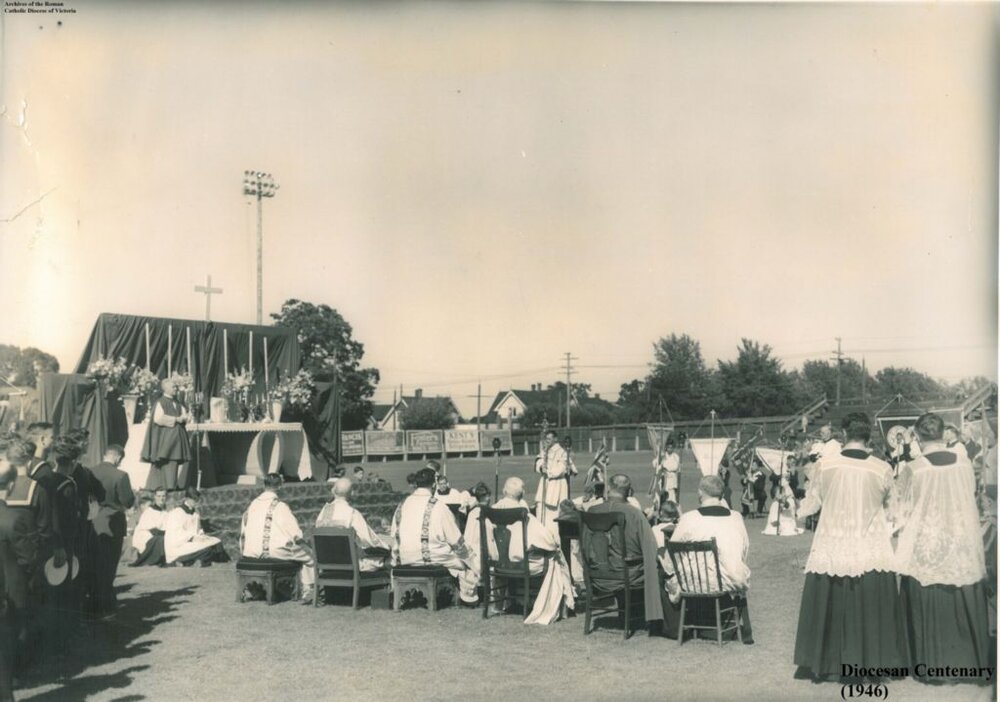 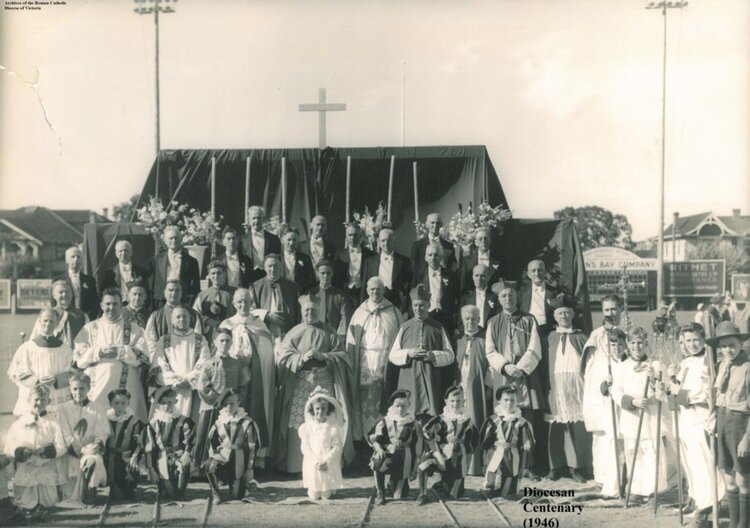 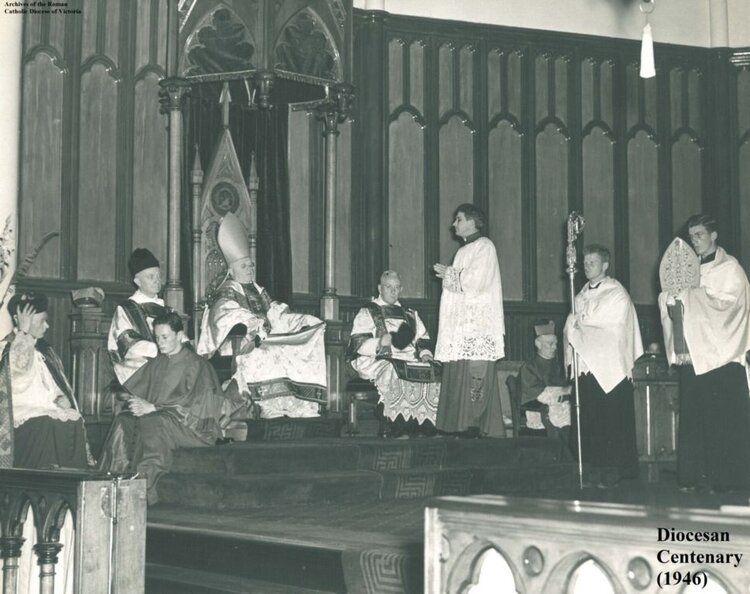 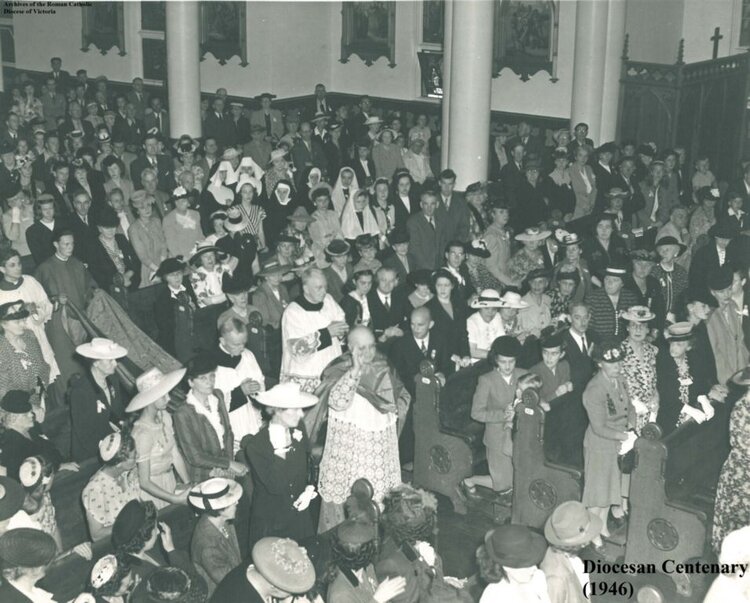 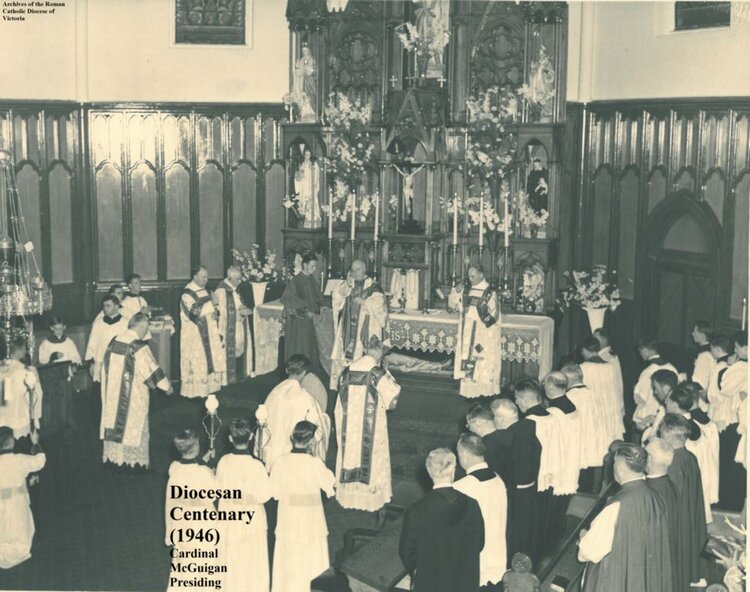 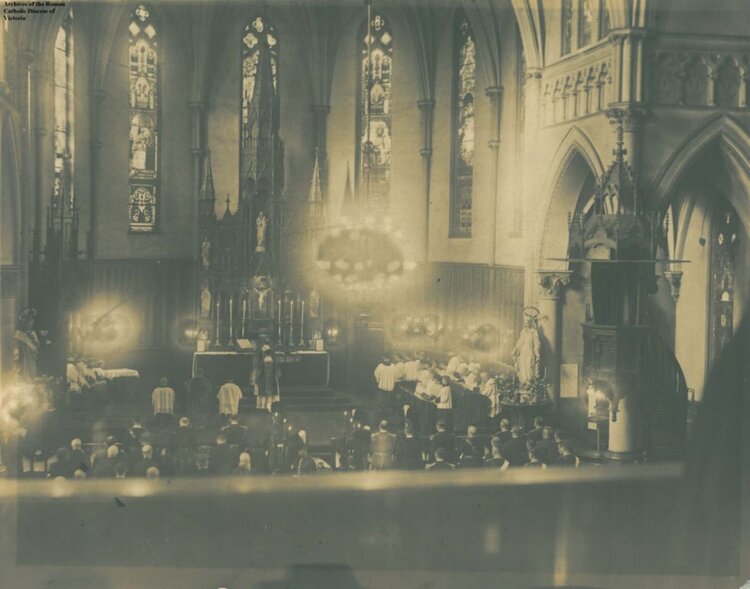 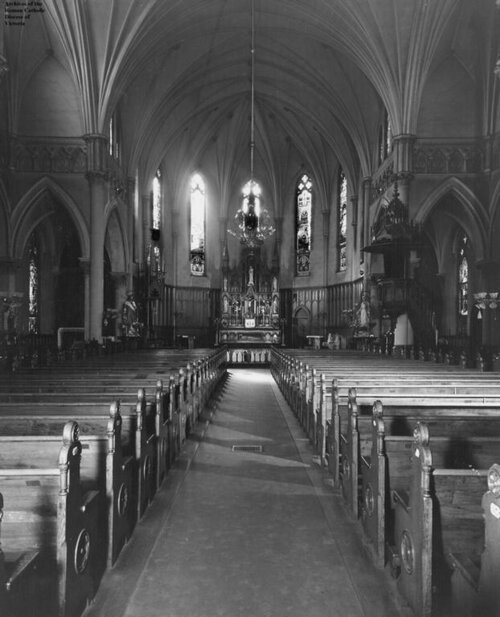 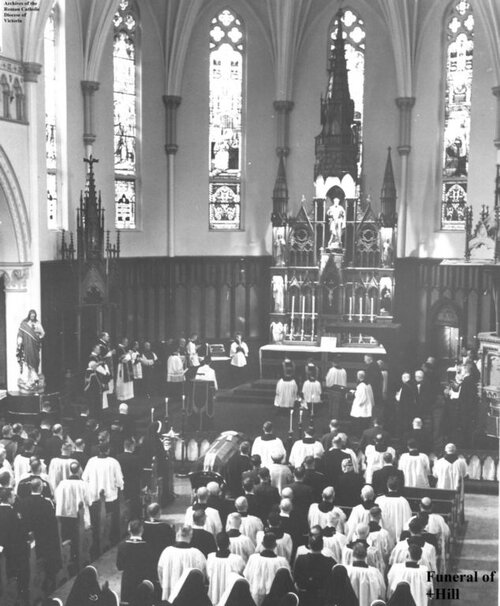 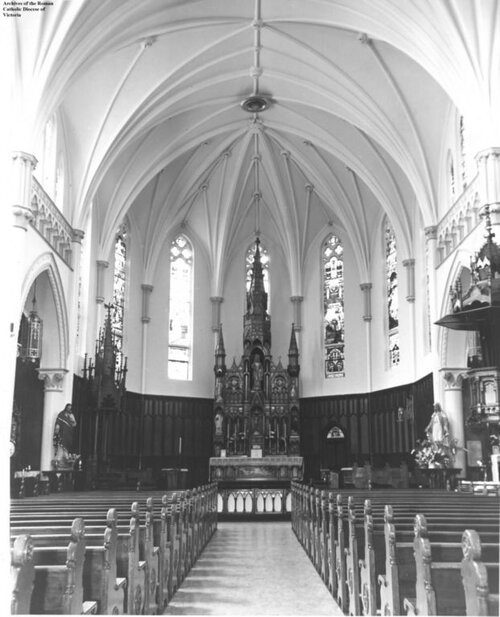 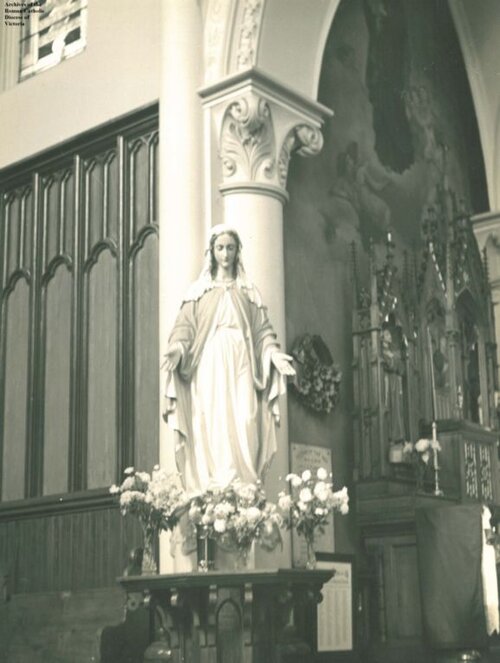 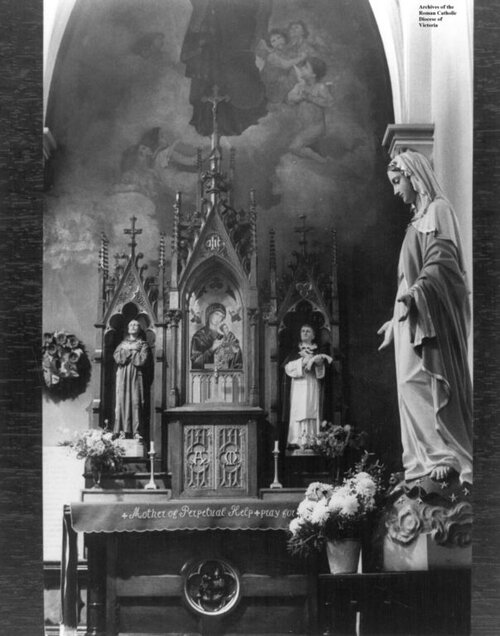 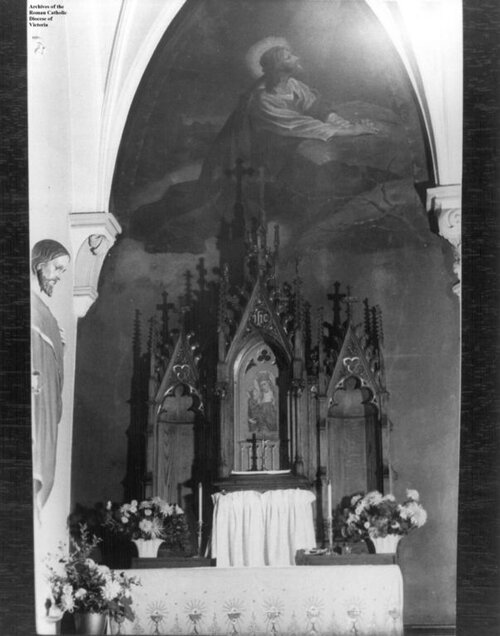 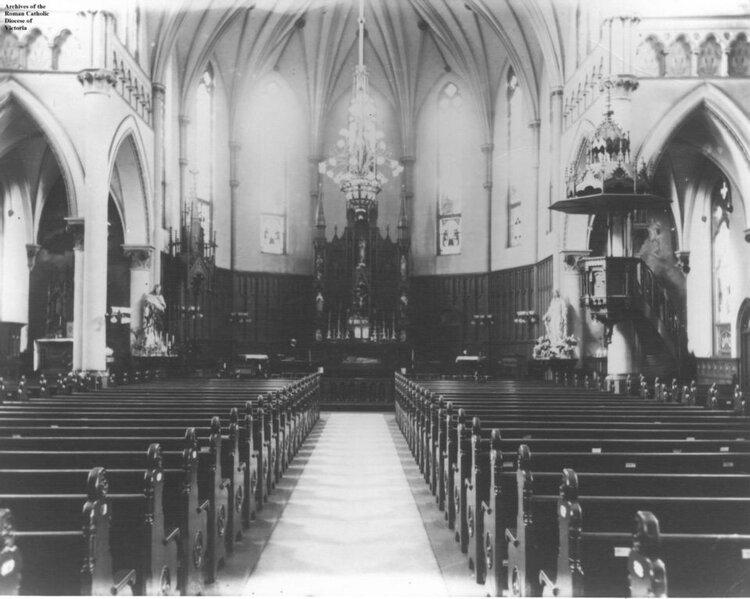 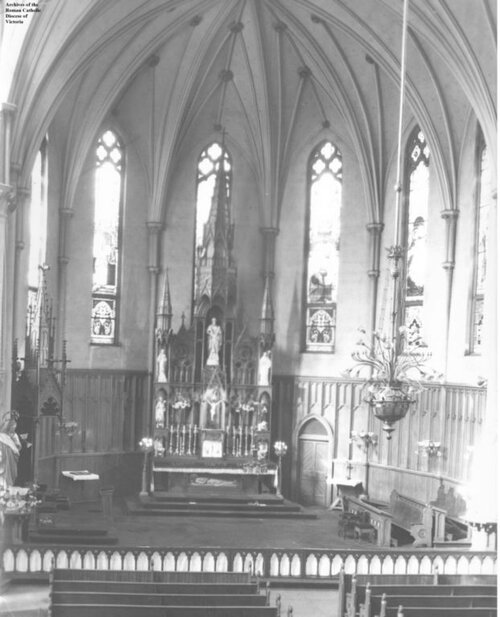 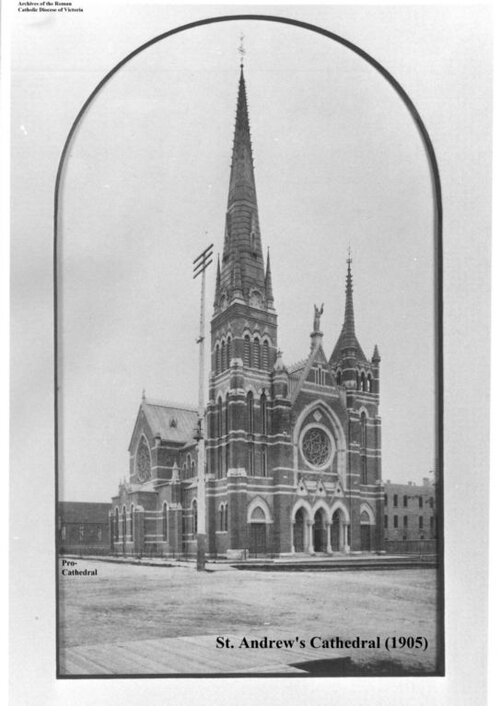 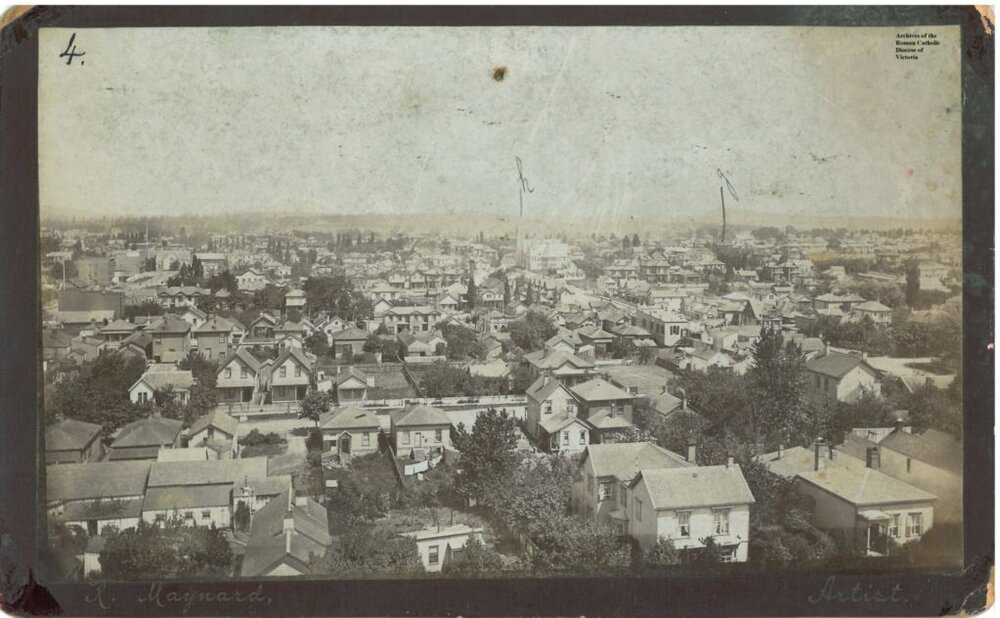 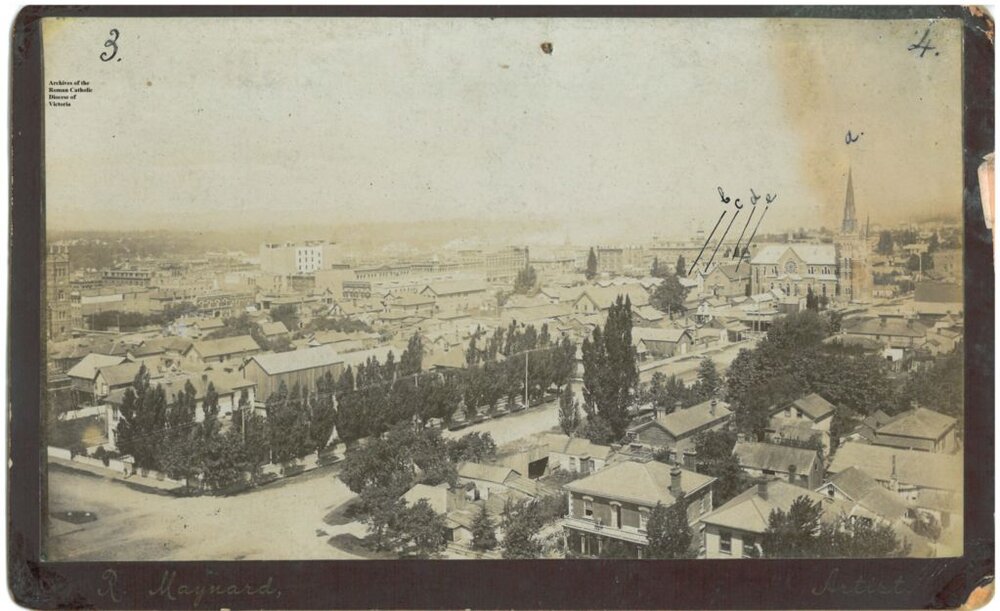 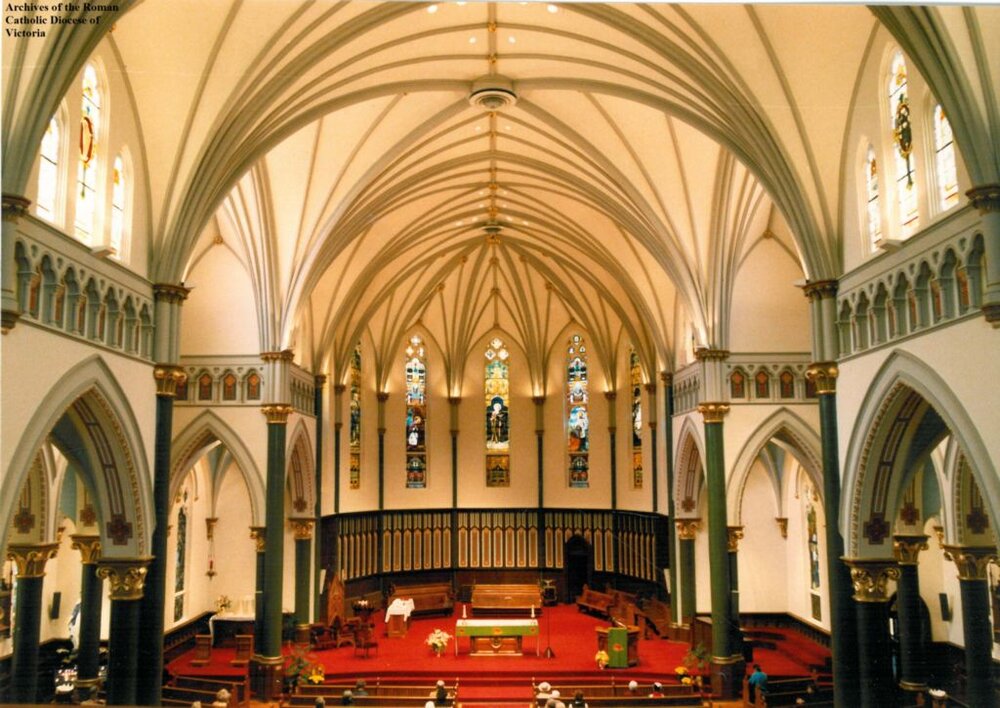 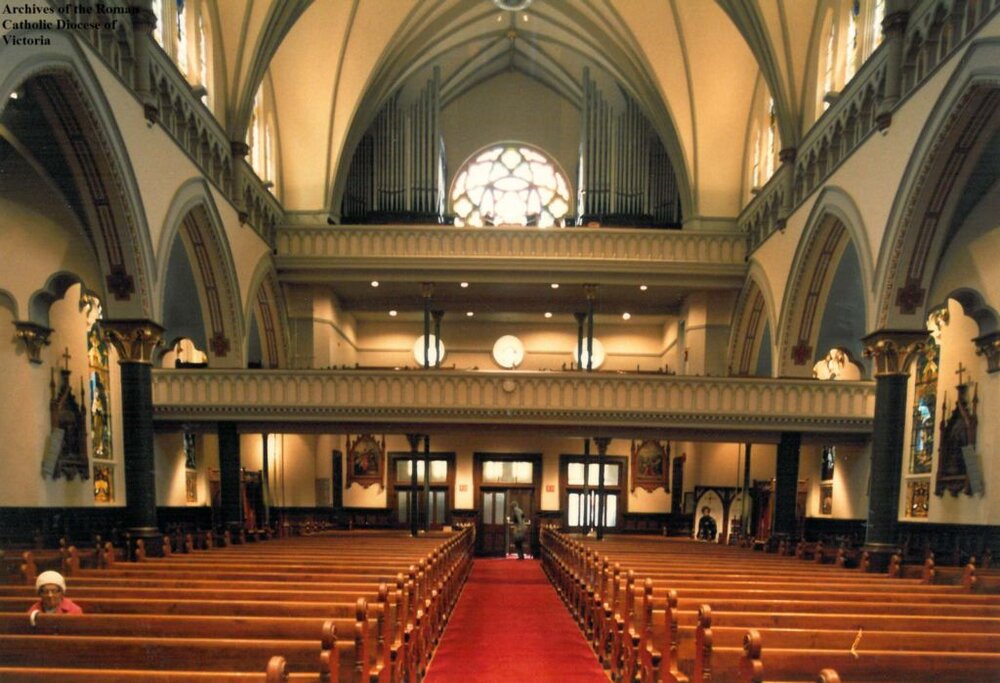