St. Andrew's Cathedral currently has niches available for purchase in the new Columbarium located on the View Street side of the Cathedral property.

From the earliest days following the death and resurrection of Jesus Christ, the Christian community has been distinguished by its faith in the resurrection of the body. As Christ died, was buried, and rose from the dead, so also it is our firm belief that all the baptized faithful, who share in the Lord’s death, will also share in his glorious bodily resurrection. For this reason, the Catholic community has always shown great care and reverence for the bodies of those who have died.

At the conclusion of the Catholic Funeral Mass the body of the deceased, which in life was a temple of God’s Spirit, is honoured with incense. As the incense rises to God, so also do the prayers of the community for their loved one who has died.

In our Catholic tradition, whenever possible, the bodies of the deceased or their cremated remains have been placed in graves or tombs in a dedicated place where they await the resurrection. Such burial places have become places of prayer and devotion, where families and other members of the Christian community assemble to pray in hope for their beloved dead. Historically, Christian burial sites were the places where Christians gathered for the Eucharistic Meal, to gratefully remember the dead and to pray for them. Even today Mass or other devotional activities are occasionally celebrated in our cemeteries, especially around All Souls’ Day, as an expression of our faith in the resurrection and the communion of the saints of which both the living and dead are part. Such celebrations also provide immense consolation to those who mourn.

A columbarium, in this case, the Columbarium at St. Andrew’s Cathedral, to be known as St. Andrew’s Cathedral Columbarium is a place set apart and consecrated by the Diocesan Bishop and devoted to the burial of members of the Church and their families. The Columbarium, administered by a special committee with its own guidelines, operating under the oversight of the Cathedral Parish, is committed to maintaining the faith and heritage of the local Catholic community through the funeral and burial services relating to the Columbarium. This is done by maintaining these sacred grounds and providing compassionate care for those who mourn in an atmosphere of faith and hope before, during and after the inurnment. 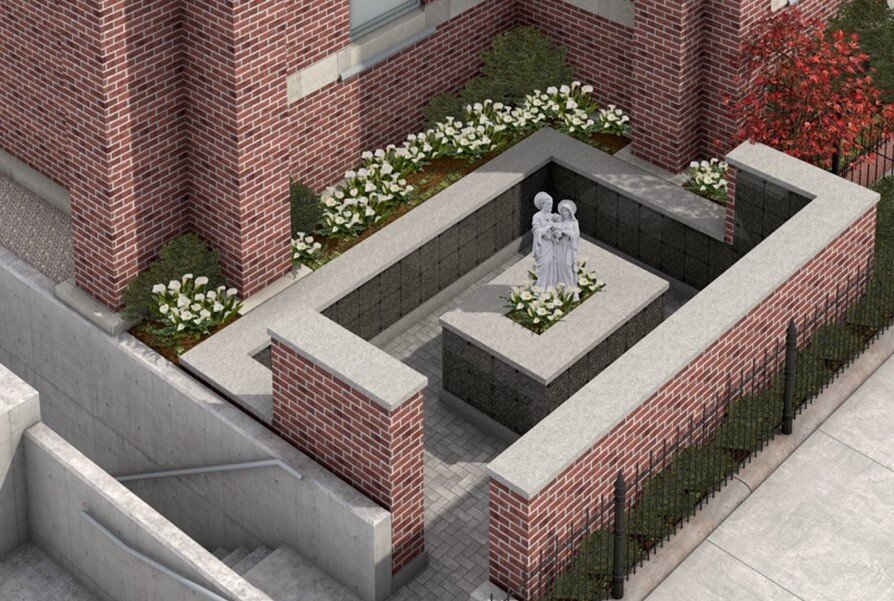 The Columbarium is open to the public according to the schedule below: